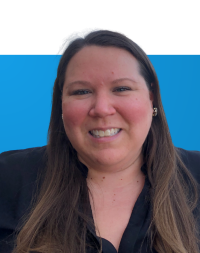 I’ve always been interested in exploring the world and learning about new cultures. When I came to ICFJ in 2008 and joined the programs team, I was given the opportunity to travel, and meet and work with journalists who are doing incredible work. I’m inspired by journalists who bring underreported or forgotten stories to light, helping improve the lives of citizens in their countries and communities. I now lead the planning and implementation of ICFJ’s events, including our annual Tribute to Journalists, and help lead the development team in raising ICFJ’s visibility globally and attracting new donors.

My background: I’ve been managing events for over 18 years. During my 12 years in the ICFJ programs department, starting as a program officer and eventually becoming the deputy vice president of programs, I ran dozens of programs for journalists: from a workshop in Nepal on migration patterns of South Asian populations to a program on the influence of China on South Korea and Japan for Egyptian journalists to ICFJ’s longest-running program, the Arthur F. Burns Fellowship, an exchange of U.S., Canadian and German journalists. For many years I also helped with the planning of ICFJ’s events including board meetings, panel discussions and the annual Tribute to Journalists.

I have my M.A. and B.A. in mass communication from the Manship School of Mass Communication at Louisiana State University (Geaux Tigers!) where I specialized in public relations, crisis communication and media law.