The latest news from the International Center for Journalists.

Meet the 20 US Newsrooms Participating in the Facebook Sustainability Accelerator

We are thrilled to announce the participants in the Facebook Sustainability Accelerator program. These 20 organizations are owned and led by people of color from across the United States, as part of the Facebook Journalism Project’s recent investment in publishers from and serving historically marginalized communities.

Facing everything from a barrage of disinformation to heightened security risks and a mental health crisis, journalists around the world are contending with myriad daunting challenges as they report on a deadly pandemic, according to the first results from a global survey on journalism and the COVID-19 crisis.

Last night, at the ICFJ Tribute to Journalists 2020, we celebrated valiant journalists whose work makes an indelible mark on their communities.

In powerful remarks, the evening’s honorees – Fareed Zakaria of CNN, Roman Anin of Russia, and Lina Attalah of Egypt – underscored the importance of truth-telling in an era rife with disease, disinformation and discord, as world leaders with authoritarian leanings seek to divide communities and nations.

U.S. journalists, once protected by democratic institutions and liberal values, are now joined in a common struggle with colleagues around the world who find themselves under threat by authoritarians, CNN host and analyst Fareed Zakaria said at ICFJ’s Tribute to Journalists 2020.

I received my first ICFJ Knight Award back in 2013. Seven years ago. Sometimes when I look back at these times I have the feeling that it happened in a different century, on a different planet and with a different person. So many things have changed.

Who would believe that

I would like to express my gratitude and that of my team to the International Center for Journalists for this recognition, and for their dedicated team and tireless labor that got us here today.

It’s the early 2000s, and my university campus is filled with feisty students protesting; today is

You all know about our upcoming ICFJ Tribute to Journalists 2020 on Oct. 5 at 7:30 pm EDT. If you haven’t already, please sign up to attend.

What you may not know is that we have a wonderful pre-show that starts at 7 pm. We’ll present a lineup of exciting guests and fun activities. Among the highlights:

By
Julie Posetti, PhD
There is a new front line in journalism safety – it is where female journalists sit at the epicentre of risk. The digital, psychological and physical safety threats confronting women in journalism are overlapping, converging and inseparable. Where and when they intersect, they can be terrifying - they are also potentially deadly.

Investigative journalist Ani Mejlumyan recalls the onset of COVID-19. The day after Armenia declared a state of emergency in mid-March, the government censored the media to prevent them from reporting on the pandemic. Restaurants, meanwhile, remained open for ten more days.

As COVID-19 spread across Europe, countries like France, Italy, Spain and the U.K. faced high rates of cases, hospitalizations and deaths due to the virus. Germany, meanwhile, eluded similar levels of transmission and suffering among its citizens. 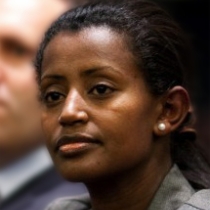 Through my work in health journalism, I got more Ethiopian children vaccinated.