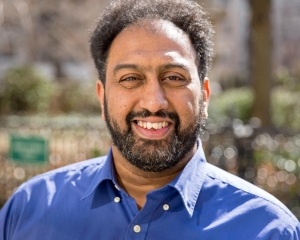 Isma’il Kushkush is a Sudanese-American journalist who was based in Khartoum, Sudan, for eight years, where he contributed to The New York Times, CNN, Voice of America and Al Jazeera English. For two three-month periods in 2014 and again in 2015, he was acting bureau chief for The New York Times in East Africa based in Nairobi. He has covered political, economic, social and cultural stories from Sudan, South Sudan, Kenya, Ethiopia, Somalia, Burundi, Sweden and the United States. He has also worked as a fixer, translator and interpreter. Kushkush grew up in the United States, Sudan, Syria and Kuwait. He received a master of arts degree in journalism from Columbia Journalism School in New York with a focus on politics and global affairs. He is a fluent Arabic-speaker.