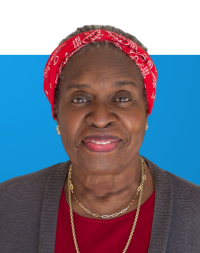 I’ve been a journalist for a lifetime. As a reporter, I covered stories that inspire, like civil rights marches in the American South and Nelson Mandela’s transition from political prisoner to president. After working alongside brave African journalists for several years, I made a career shift – from covering the story to supporting those in the field who often risk their lives to bring news to their communities. For most of my 14 years on the ICFJ staff, I directed programs that support such journalists. I currently spend much of my time working with the communications team that tells the stories of our global network of journalists.

My background: I have worked in the United States and Africa as a reporter, editor, television producer and director of media capacity building programs. Prior to joining ICFJ, I worked as a foreign correspondent for the Baltimore Sun in Southern Africa; as Atlanta bureau chief and then chief congressional correspondent for U.S. News & World Report magazine; as director of the Freedom Forum’s Africa media center in Johannesburg, South Africa, where I supported the work of journalists across Africa, and as managing editor of Africa programming at Howard University Television (WHUT), a public broadcasting station in Washington, DC.

I hold a B.A. in journalism from the University of South Carolina and I have been a Congressional Fellow in Washington, DC, and a Nieman Fellow at Harvard University.