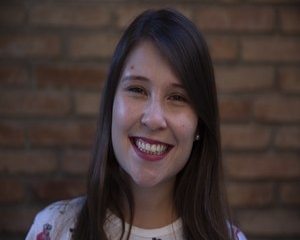 Anna Beatriz Anjos is a 2019 Professional Fellow from Latin America with ICFJ.

Anna Beatriz Anjos is an investigative reporter, based in São Paulo, dedicated to producing in-depth, public-interest journalism in digital platforms. Since 2016, she has been working at Pública, Brazil’s first nonprofit investigative journalism agency, where she covers human rights violations with focus in gender-based violence and land rights issues. As a fact-checker, she has covered Brazilian local and national elections both in 2016 and 2018. She co-authored an article about the legal abortion service in the Brazilian public health system. As a result, the Public Ministry opened an investigation to find out about the omission of the Brazilian State in relation to these cases in 2016. The story won two awards, the most important of them in 2015: the Premio Roche de Periodismo en Salud given by the Fundación Gabriel García Márquez para el Nuevo Periodismo Iberoamericano (FNPI). In 2018, she took part in The Implant Files project led by the International Consortium of Investigative Journalists (ICIJ), with an article about Essure, a permanent contraceptive method developed by Bayer SA that has effected thousands worldwide.