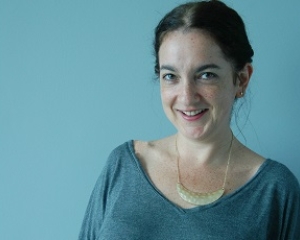 Carolina Proaño-Wexman is a 2018 Professional Fellow from Latin America with ICFJ.

Carolina Proaño-Wexman was born in Costa Rica, grew up in Chile, and has lived most of her life in Panama.  After studying journalism and graduating with a degree in audiovisual communication, she worked for several production companies. At the same time, she wrote a column in Weekend magazine, a property of La Prensa newspaper in Panama.  In her column she discussed social issues and pop culture.  A few years later, Carolina continued working for the media group but as a cultural journalist for the main newspaper.  She promoted several reading campaigns for the newspaper’s readers and successfully assisted in placing art and culture on the front page. In 2007, she left Panama and kept working from Europe as a correspondent. In 2010, she developed her own project, “Berlin en español,” which became a very popular online magazine for Latin American and Spanish expats in Germany. Back in Panama, she began working as a press specialist, both for the private sector and for non-profit organizations.  Carolina continues writing digital content. She also collaborates with “Ellas” magazine, the most-read printed media in the country, as well as for other publications in the region.