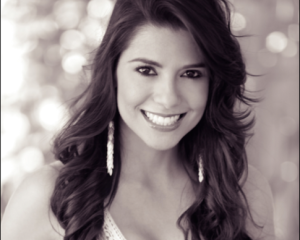 Celia Camacho was a 2016 Professional Fellow from Latin America with ICFJ.

Celia was born in Managua, Nicaragua in 1981. The daughter of a Nicaraguan mother and a Mexican diplomat father, she traveled and lived in different countries from an early age. Celia lived in Israel, Romania, Haiti, and the Dominican Republic and moved back to Nicaragua in 1997. She studied her major in Hotel and Restaurant Management and then moved to Buenos Aires, Argentina in 2008 to acquire an MBA with a specialization in advertising and corporate communications. In 2010 Celia moved back to Nicaragua and since then has shaped her career in the entertainment, advertising and events planning industry. Celia has more than 10 years of experience on television as a TV host and producer and worked for two major telecommunications companies in Nicaragua in their marketing strategies. In 2014 she became independent and started an event planning and production company while still working freelance in different entertainment and marketing projects, as well as producing and hosting her own travel TV show, soon to be aired in 2016.