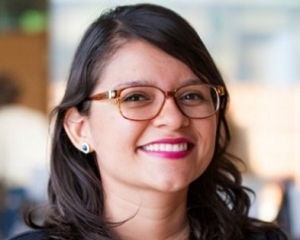 Cinthia Membreño was a 2015 Professional Fellow from Latin America with ICFJ.

Membreño started her career as a journalist working for a tourism website, an experience which fueled her addiction to travel. Her desire to specialize in social and gender issues led her to work for Confidencial, one of the few independent, digital newspapers in Nicaragua. Due to the size of the team, she became used to doing a little bit of everything, including television. Her goal is to learn even more about in-depth journalism and report on Central America, along with other enthusiasts. She has covered the Deustche Welle Global Media Forum (Germany, 2014) and the World Press Freedom Day, an event organized in 2013 by the United Nations in Costa Rica.