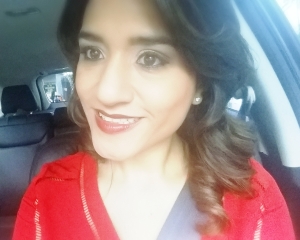 Claudia Méndez Arriaza was a 2015 Professional Fellow from Latin America with ICFJ.

Claudia Méndez Arriaza is Deputy Editor at “Contrapoder”, a two year old independent, weekly magazine. She is one of the hosts for the TV news show “A las 8:45” at Canal Antigua. She was a staff writer and editor at elPeriódico for 14 years, where she often focused on human rights crimes, drug trade and state corruption stories. She was a Knight Nieman Fellow 2012 at Harvard University where she founded the website "Una vida es una vida" a data map that records homicides in the City of Guatemala. In 2001, she was granted with the National Prize of Journalism for her reports on the trial for the assassination of Monsignor Juan Gerardi. Her pieces had been published in different newspapers across Latin America. She teaches journalism at Universidad Del Istmo and is the Spanish translator of “The Art of Political Murder” by novelist and nonfiction writer Francisco Goldman. She also translated “Guatemala Eternal Spring Eternal Tyranny” by the photographer Jean Marie Simon.