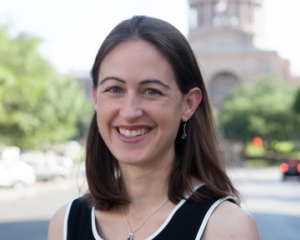 Corrie Maclaggan was a U.S. host who traveled to Brazil as a part of the of the Digital Path to Entrepreneurship and Innovation for Latin America program in 2017.

Corrie MacLaggan is the managing editor of The Texas Tribune. Previously, she worked as a national correspondent for Reuters, writing and editing stories about Texas and nearby states and overseeing a network of freelance writers. She covered Texas government and politics for the Austin American-Statesman, and spent a year as a reporter for the Statesman's Spanish-language newspaper. Corrie also worked in Mexico City, where she wrote for publications including the Miami Herald's Mexico edition and the Jewish Telegraphic Agency. Her first reporting job was at the El Paso Times. Corrie is a graduate of the University of North Carolina at Chapel Hill, where she studied journalism and Spanish. She lives in Austin, Texas.