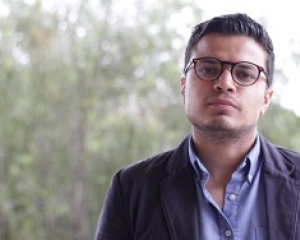 Daniel Villatoro García is a 2018 Professional Fellow from Latin America with ICFJ.

Daniel Villatoro García works as a trainer in data journalism and digital narratives for SocialTIC (Mexico) and oversees content for Escuela de Datos, part of the global School of Data network. He also works as a freelance reporter and as a consultant for digital projects. He graduated from communication studies in 2015 and is currently pursuing a master’s degree in political science with a focus in justice and security reporting. He worked in Plaza Publica (Guatemala) for seven years, specializing in data journalism and investigative reporting. He has worked for media such as Radio Ambulante (New York), El Faro (El Salvador), Travesias Media (Mexico) and Convoca (Peru). His work has been recognized with the “TRACE Prize for Investigative Reporting” and an award from the Inter American Press Association Award. His areas of expertise are illicit political financing, corruptions networks, and gender and LGBTQ issues. He is interested in disruptive narratives and combining multimedia content for a better engagement with audiences.