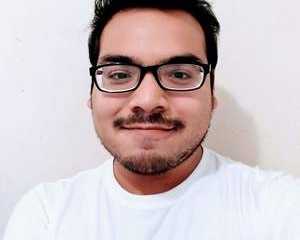 Diego Bosleman is a 2019 Professional Fellow from Latin American with ICFJ.

Diego Bosleman studied and specialized in journalism at the Peruvian University of San Martín de Porres. After graduating, he worked in the journalistic archive of Caretas magazine, which is recognized by his investigative journalism. He continued his journalism career in the newspaper El Comercio, the most important media in Peru, with more than 180 years. There, he served as a science and technology reporter. In this work he was able to travel to attend important technological events, such as the IFA Berlin 2015 and Mobile World Congress 2016. He has also been able to interview important scientific researchers, such as Roger Kornberg, Nobel Prize in Chemistry 2006, and James Allison, Nobel Prize in Medicine or physiology 2018. One of his reports won a sustainable journalism prize, PESU 2018.