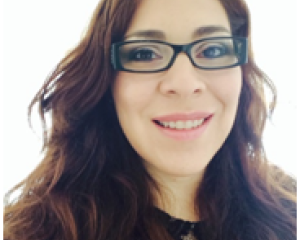 Dulce Ramos is editor-in-chief at Animal Politico, the most-visited news website in Mexico. She is in charge of the evolution of Animal Politico into a news outlet that offers digital storytelling, data journalism and social engagement.

Ramos has covered topics such as human rights, government accountability and transparency, and migration, among other issues of social impact. She has a master's degree in journalism from Universidad Autónoma de Madrid, a joint program offered with El País, the most important newspaper in Spain. She also holds a bachelor's degree in journalism from Instituto Tecnológico de Monterrey. Her work has been published in several media outlets. Last October, she received the Rostros de la Discriminación award for her work "Mexico's Betrayal: The Disdain of the State Toward the Returning Immigrant." In 2011, her work "How Much Does It Cost to Be Killed by the Mexican Army?" received the Investigative and Access to Information Journalism Award, presented by México Infórmate.