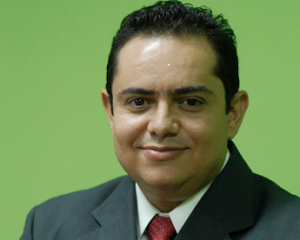 Eduardo Marenco was a 2015 Professional Fellow from Latin America with ICFJ.

Marenco is an independent consultant and investigative reporter with more than 20 years of experience in the field of journalism. He has been awarded several national and international awards for his contribution as a reporter including a Fulbright Scholarship (2010-2013). He holds a Master’s degree in International Development Policy from Duke University and a Master’s degree in Latin American Studies from Pontificia Universidad Javeriana. He has developed expertise on Media Development and Accountability Reporting. He has been working lately in Nicaragua and Honduras on the dissemination of the Americas Barometer, produced by the Latin American Public Opinion Project (LAPOP) at Vanderbilt University.