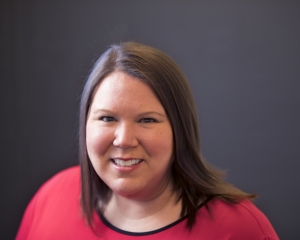 As the Deputy Vice President, Events & Production, Emily Schult plays a crucial role in enhancing ICFJ's fundraising efforts. She is responsible for developing and executing new outreach events and initiatives that will enhance ICFJ's fundraising efforts, raise its visibility globally and attract new donors. She leads the planning and implementation of ICFJ's awards dinner, Washington's premier international media event of the year, that attracts more than 600 media luminaries, company and foundation leaders, journalists and friends of ICFJ. Schult also spearheads other ICFJ events, such as board meetings, panel discussions and campaign activities.

Schult joined ICFJ in 2008 as program officer/web editor of the Knight International Journalism Fellowships. In 2010 she took over management of dozens of programs, many in Europe and South Asia, eventually becoming Deputy VP, Programs. She held this position until December 2020. Before coming to ICFJ, she served as a teaching assistant at Louisiana State University (LSU) and an operations team member for the Junior National Young Leaders Conference.

Schult believes that journalists are the key to an informed citizenry and is most inspired by those who bring underreported or forgotten stories to light, helping journalists improve the lives of citizens in their countries.

She received her M.A. and B.A. in mass communication from the Manship School of Mass Communication at LSU where she specialized in public relations, crisis communication, and media law.