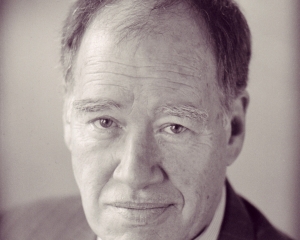 In a career spanning 45 years, George Krimsky was a journalist, author, lecturer, media critic and non-profit administrator. Krimsky served 16 years with the Associated Press, reporting from Los Angeles, New York, the Soviet Union and the Middle East. Following his overseas service, he was appointed head of AP’s World Services News Department. In 1984, he left the AP to found ICFJ, originally known as the Center for Foreign Journalists. After 11 years as its first president, Krimsky returned to his home state of Connecticut as an independent consultant, later serving in Central Asia as a media trainer for the Center.

He then returned to his journalistic roots in Connecticut by writing a column for his hometown newspaper, for which he was recognized in 2009 with the Yankee Quill Award, which ICFJ co-founders Tom Winship and Jim Ewing also received during their newspaper careers. Krimsky retired in 2012.

He was the co-author (with ICFJ Board Treasurer John Maxwell Hamilton) of a 1995 book entitled Hold the Press, aimed at explaining the American newspaper industry to a general audience, and a book about a New England slave who earned his freedom in the 18th century.