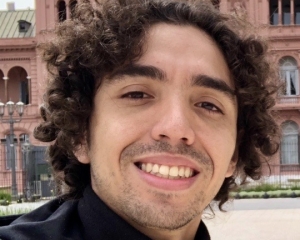 Jesus graduated with a bachelor's degree in journalism from the Universidad Javeriana, Colombia, in 2016. He currently works at the leading Colombia newspaper, El Espectador, as an international reporter where he covers international news and writes mostly about Latin American politics and the Venezuelan migration crisis. Since finishing his studies, he has dedicated his career to digital and print media. His first job was at El Espectador as an intern for the science and health desk, and following that, he moved to Revista Semana, the leading political magazine in Colombia, where he worked as a digital journalist for a year. He then returned to El Espectador in 2018 to work as an international journalist for the newspaper. For over two years, he has covered world news, but mainly the Venezuelan political situation and the migration crisis in Colombia. In 2018, Jesus was awarded the Rosalynn Carter Mental Health Journalism fellowship for his project "Venezuelan Migration: A Health Challenge."