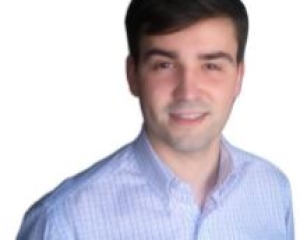 Joaquín is a 2018 Professional Fellow from Latin America with ICFJ.

Joaquín was born in Zárate, Buenos Aires, in 1991. He studied system information engineering at National Technology University. First, he started working as a developer in a software factory, then he moved to the banking industry. In 2015, he started working for La Nacion, a leading Argentinian newspaper, which was founded in 1870 by a

former Argentinian president. He started as an editorial system administrator. During the past year, he became specialized in data engineering, providing data to different business areas to guide content production and decision-making. In 2018, he was involved in the content score development based on the interest, satisfaction and interaction of the users with the content of a one-of-a-kind project in Latin America.