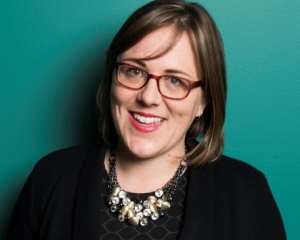 Kate Sheppard was a U.S. host who traveled to Colombia as a part of the of the Digital Path to Entrepreneurship and Innovation for Latin America program in 2017.

Kate Sheppard is an enterprise editor and senior reporter at the Huffington Post in Washington, DC. She previously reported for Mother Jones, Grist, and the American Prospect. Her reporting has been recognized with awards from the Society of Environmental Journalists, the Online News Association and the Deadline Club, and featured in the Best American Science and Nature Writing 2014. She serves as the vice president for membership of the Society of Environmental Journalists and secretary of the board of Street Sense, DC's newspaper created by people experiencing homelessness.