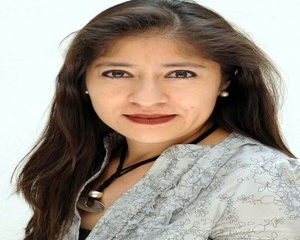 Lilia Saúl is a 2019 Professional Fellow from Latin America with ICFJ.

Lilia Saúl was born in Mexico City. She graduated from the National Autonomous University of Mexico (UNAM), where she studied Journalism and Communication. In El Universal, one of the leading Mexican newspapers, she has developed most of her professional work. She has also collaborated with W Radio, Animal Político and Revista Emeequis, Univisión, and recently in the organization Mexicanos contra la Corrupción y Impunidad (MCCI).
As a reporter, Lilia Saúl has covered various policy issues, but thanks to the approval of the Transparency Law in her country (2001), she began to develop journalistic investigations. One of them, "El Equipo", led her to win the National Prize for Journalism in 2011. In 2014 she created the first Data Journalism team in Mexico, from El Universal. The Data Team won the Ortega y Gasset Prize in 2016 for the multimedia project "Desaparecidos".
The Data Team that she coordinated was also selected among the semifinalist of the Data Journalism Awards 2016 for the Trusts project. Since its creation, Lilia has been part of Chicas Poderosas and the board of the same organization led by the ICFJ fellow, Mariana Santos. She was participated in the first Ibero-American Handbook of Data Journalism.Currently Lilia works as an editor at Connectas.org, an organization that promotes investigative journalism in Latin America, where she coordinates the team that develops the multimedia projects as well as the editor and promoter of the initiative in Mexico. In her career as a journalist, he has trained hundreds of journalists on issues of access to information and data journalism.