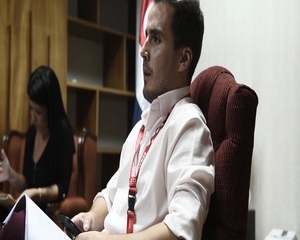 Luis Fernando Cascante is a 2019 Professional Fellow from Latin America with ICFJ.

Luis Fernando was born in San José (Costa Rica) in 1990. Before graduating in journalism, he was already working at La República, a business and economics newspaper. After a year working on breaking news stories, he was appointed political reporter, covering issues related with the Presidential House and the Ministry of Foreign Affairs.  A couple years later, he became Editor in Chief. In that time, he also published stories about the penitentiary system and the inmates living in prison. In 2017 he joined Semanario Universidad, a print and digital media financed by the University of Costa Rica. Since then, he’s been working with political stories, justice issues related with prison inmates and also migrants. Luis Fernando is currently working on cases of child sexual abuse by Catholic priests. Semanario Universidad recently won the National Journalism Award in Costa Rica. The award will be delivered in May of 2019.