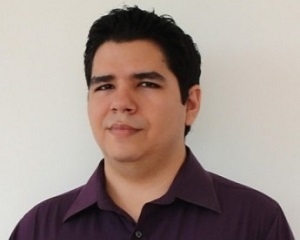 Manuel Diaz Morales was a 2016 Professional Fellow from Latin America with ICFJ.

Manuel studied law at the Universidad Centroamericana. While there, he wrote articles about politics for a weekly opinion column, published by El Nuevo Diario. Later, he helped found an entertainment website called Bacanalnica.com. There Manuel learned to produce content in text, audio, video and photo, and he now writes a couple articles daily about what’s going on in Nicaragua. With an average of 8,000 followers, he is the most widely read blogger in Nicaragua. He also started a web design business called Webbasica. In addition to programming and managing servers, he learned to coordinate traditional marketing campaigns (print, TV, radio), to produce video and to manage a creative agency. In 2014 Manuel helped start a podcast about movies, TV and technology. It has reached first place in the Nicaraguan iTunes list. He also helped out The Gilmore Gang, providing an audio version of his show, when TechCrunch discontinued its feed on iTunes. In 2015 he taught a class at the Universidad Centroamericana on Social Media and Digital Marketing. On a personal note, Manuel has been married for 5 years and last year had his first daughter. He also speaks three languages: English, Spanish and German.