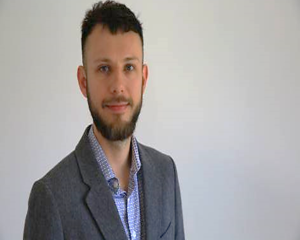 Marcel Hartmann is a 2019 Professional Fellow from Latin America with ICFJ.

Marcel Hartmann is a 26-year-old data journalist born in Porto Alegre, Rio Grande do Sul (Southern Brazil). He works at RBS, one the largest Brazilian media companies, producing stories for Zero Hora newspaper, GaúchaZH website and Radio Gaucha. He feels at ease either analyzing numbers on Excel or telling human stories (even better when it includes both). Therefore, he has been covering several areas, from health and science to politics and education, mainly allocated to special reports for magazines and daily newspapers. Throughout the years, he worked as a trainee and digital reporter at O Estado de S. Paulo newspaper (also known as Estadao, located in Sao Paulo), and produced articles for national science and health magazines, such as Superinteressante and Saude. In 2018, he was the winner of the Brazilian Psychiatric Association Award with a two-page article relating how mental traumas can undermine the brain structure of a child and jeopardize their possibilities of ascending to upper social classes. He was also nominated, among more than 300-hundred journalists of GauchaZH team, the Highlight of the Year at the 2018 RBS Journalism and Entertainment Award, for his performance as a data reporter producing several politics stories grounded on SQL programming language throughout the Brazilian election. He currently helps to establish a data-driven multi-professional group at RBS, takes a specialization course in Brazilian literature and looks for developing his abilities on data journalism.