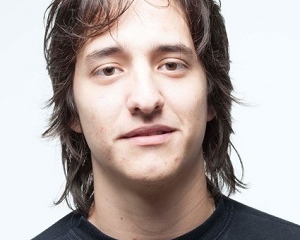 Marcelo Ayala is a 2018 Professional Fellow from Latin America with ICFJ.

Marcelo Ayala was born in Quito, Ecuador, in 1987. He graduated in journalism and social communication in 2011 from the Pontificia Universidade Católica in São Paulo, Brazil. Since August 2015, he has worked in Ecuador as the editor and co-founder of Paralelo, a multimedia company and platform specialized in original journalistic production and branded content. Previously he worked in Brazil as a journalist for the NGO Reporter Brasil; a social media manager and content producer for Procter & Gamble (as a brand managed by Ketchum agency); as a journalist responsible for research and content planning at VICE Brasil. He has been accepted to the Studio 20 master’s program at New York University in fall 2019. Now he is mainly focused on producing high-quality original journalistic content on controversial issues in the cultural, political and social arenas for Paralelo.