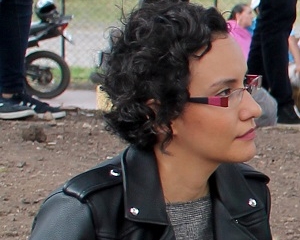 Marcia Perdomo Galeas is a 2018 Professional Fellow from Latin America with ICFJ.

Marcia Perdomo Galeas was born in Tegucigalpa, Francisco Morazán (Honduras), in 1986. After graduating as a journalist at the National Autonomous University of Honduras, she started working for El Heraldo newspaper in 2010. After two years as a journalist, she moved to Estilo Magazine where she worked as an editorial assistant, content manager and later as an editor. In 2017, the Association for a More Just Society, a chapter of Transparency International in Honduras, hired her to create online content for their accountability programs in education, health and justice themes.