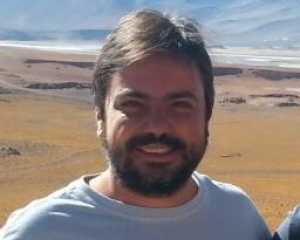 Marcos Ricardo Dos Santos was a 2015 Professional Fellow from Latin America with ICFJ.

Marcos Ricardo dos Santos is the head of the regional office at the Brazilian Ministry of Communications in Minas Gerais state and a freelancer reporter for Superinteressante, one of the most important publications in Brazil regarding science and technology. He has 12 years of journalistic experience in news organizations including newspapers, magazines, and television. His most prominent position was Head of journalism at TV Brasil – Canal Integración, a public international Brazilian channel broadcasting to other South American countries. He also worked as Press Officer for the United Nations Office on Drugs and Crime (UNODC) and as Director of Information for the Brazilian Ministry of Education. He is now working on a tool that may change the way editors and reporters acquire footage for broadcasting.