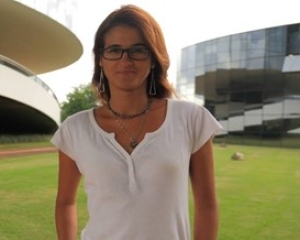 Maria Martha Bruno is a multimedia journalist and has worked for international and national news outlets such as Al Jazeera English (as a freelancer since 2016), NBC News, UOL (the largest Brazilian online content company), and Radio CBN (the largest all-news radio station in Brazil, part of O Globo newsgroup). In 2018, she joined Gênero e Número, a data-driven organization that covers gender and race issues in Brazil and Latin America, and in 2020 she became the company's content director.

Addicted to politics, she has covered all the Brazilian presidential races since 2010, and special events, such as the 2016 Olympics, the 2014 World Cup, the zika virus outbreak, and G20 and BRICS Summits in Brazil and Argentina. For almost ten years, Maria Martha Bruno lives between Rio de Janeiro and Buenos Aires, where she has worked as an international correspondent between 2012 and 2014. Currently, she also collaborates with Telefe, C5N, and America, some of the main broadcasting companies in Argentina.

This year she was selected for the Product Immersion for Small Newsrooms program, at the Newmark J-School (City University of New York), sponsored by Google News Lab. In 2017, she took the Multimedia Storytelling Class in Columbia Journalism School, to improve her skills as a television producer and storyteller. Maria Martha holds a master’s degree in Communication and Technology at the Federal University of Rio de Janeiro (UFRJ).