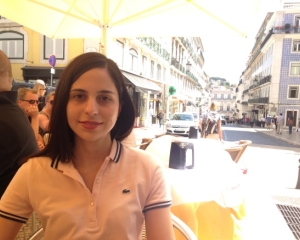 Mariana Lenharo was a 2016 Professional Fellow from Latin America with ICFJ.

Mariana is a Brazilian journalist who has been dedicating herself to the coverage of science and health for the past five years. She graduated in Social Communication from University of São Paulo (USP) in 2008, she also holds a Master in Art History from the same institution. Currently, she works for G1 (www.g1.com.br), one of the biggest news portal in Brazil. Throughout her career, she has also worked in the newspapers Jornal da Tarde, O Estado de S. Paulo and Folha de S.Paulo. She's especially focused on enhancing the coverage of national science and health and hopes her work can stimulate interest in those areas.