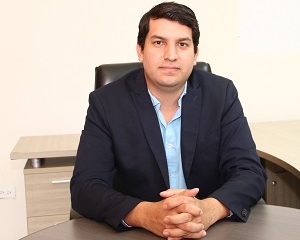 Mario Gonzalez Lara is a 2018 Professional Fellow from Latin America with ICFJ.

Mario Gonzalez Lara was born in Panama City, Panama, in 1988. This journalist started a career at 20 years old in Editora Panama America (EPASA), the biggest news publishing company in Panama. He began as a reporter and became an editor in a few years. In 2011, he had an opportunity to be part of an ambitious project: build a national newspaper. As in a lab, editors, reporters, photographers, designers and executives shared ideas to create a modern and fashionable newspaper. That experience came from Metro Libre, print and digital national newspaper, which was founded in 2012.  At that job, he started as an editor and then became editor-in-chief at the age of 28. Now, he is responsible for the newsroom operation. He plans the content and coverage of digital and print media and publications according to the editorial policy and also approves the final versions of publications. As a news correspondent, he covers events in Europe and Asia.