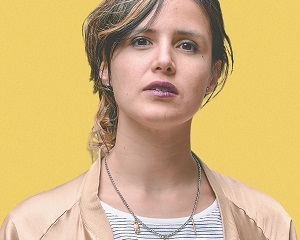 Natalia Piza is a 2018 Professional Fellow from Latin America with ICFJ.

Natalia Piza graduated as a journalist in 2009 from the Universidad Javeriana, Colombia, with an emphasis in publishing, where she also teaches a class about the editing of digital publications and is a member of academic investigation group that analyzes information. As part of that group she also develops big data investigations about polarization in presidential elections. She currently works at a leading Colombian newspaper, El Espectador, as an audience analyst. Her master’s degree is in creative writing from Universidad Nacional of Colombia. Since finishing her studies, she has dedicated her career to digital media. Her first job was in one of the magazines of Publicaciones Semana as a digital journalist, and following that, she moved to SoHo Magazine (of the same publishing group). Her career reached a turning point when she started to work in a NGO for LGBTQ rights as coordinator of communication, working in strategic communication for activism, specifically in a marriage campaign and adoption campaign. She then returned to the media in 2016 to El Espectador, which was founded in 1887, to work as audience analyst. She analyzes digital data to help the newsroom to take strategic decisions. Natalia hasn’t completely left behind her background in journalism, as she also writes for the print paper and the website, and at the moment is leading a new podcast project at the newspaper. Currently, she has a podcast called “Esto es Amor,” in which she interviews various personalities on the theme of love.