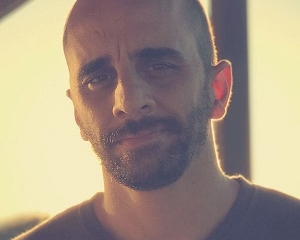 Nicolás is a 2018 Professional Fellow from Latin America with ICFJ.

Nicolás was born in Buenos Aires (Argentina) in 1981. After graduating with a degree in filmmaking, he started working at different media outlets as an editor and designer for a multitude of media including miniseries, feature films, ads, news channels and documentaries. He worked for two of the top three news channels in Argentina (C5N and Crónica) and developed a special interest in how technology and journalism are progressively blending together, sharing the same path. This led him to join the Hacks/Hackers community in Buenos Aires and to be a collaborator at the Media Party, the annual event that gathers more than 2,500 entrepreneurs, journalists, developers and designers from five continents. In 2014, he graduated as an industrial designer, intrigued by the processes of development and research, as well as the relationship of aesthetics with usability. In the next year, he started a personal project called SuperGraph: a news content platform that allows television owners to access the news stories that are relevant for the community where the TV set is being watched