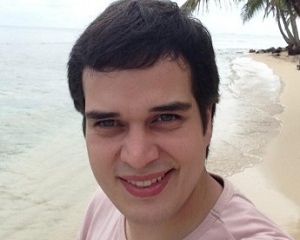 Pablo Barrera was a 2015 Professional Fellow from Latin America with ICFJ.

Pablo Barrera is one of the founders of Pakal Security Labs, an information and network security company in Latin America and the Caribbean. His background is in IT and Security and he has worked for several multinational companies.

He is an avid traveler and has worked and visited in almost every country in the Americas. His passion is to share ideas and since 2010, he has done it as a curator of TEDxGuatemalaCity. In 2014, he was awarded with the Bill and Melinda Gates Foundation TEDxChange Scholarship for his work and efforts to deliver change through ideas in Guatemala. Right now, Pablo is focused on information and network security projects that include Big Data and GPU processing. As a hobby, he grows coral and studies the ocean.