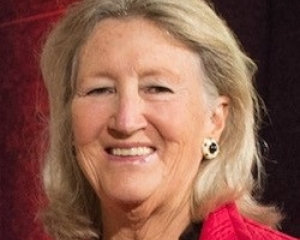 Pamela Howard plays a key leadership role as vice chair of the International Center for Journalists. She has helped the organization chart strategy and build unprecedented levels of support since joining the ICFJ board at the invitation of ICFJ Founder Tom Winship in 2000.

In her role as dinner committee chair over several years for the Annual Awards Dinner, Howard elevated the gala into Washington, D.C.'s premier international news media event. This year, she serves as the event vice chair for the ICFJ Tribute to Journalists 2020. She is a strong champion for the organization both at home and in global forums.

Howard is the latest in a storied line of innovators committed to great journalism. She is the granddaughter of the late Roy W. Howard, a dynamic journalist who built United Press into a worldwide news agency and led Scripps Howard Newspapers to their greatest period of economic prosperity and editorial prominence. She is the daughter of Jack R. Howard, the radio and television pioneer who launched Scripps Howard Broadcasting.

Through her role on the board of the Scripps Howard Foundation, Howard established the Jack R. Howard International Fellowships at Columbia University School of Journalism, as well as the Roy W. Howard National Collegiate Reporting Competition at Indiana University Media School. For three years, she was publisher of a Long Island weekly newspaper. Before that she was a reporter for the New York Post and the Washington Daily News and worked in the National Review's advertising department.

Howard is a graduate of Sarah Lawrence College, where she was a director (trustee) from 1988 to 1999. She is trustee emerita at the Scripps Howard Foundation.