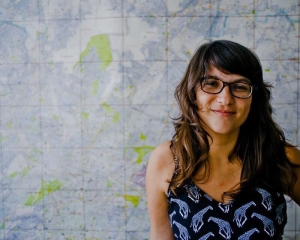 Paula Daibert was a U.S. host who traveled to Guatemala as a part of the of the Digital Path to Entrepreneurship and Innovation for Latin America program in 2016.

Paula Daibert is a Brazilian journalist currently based in San Francisco, California. Paula coordinates the content production for AJ+ Español with a focussing on Latin America. She joined AJ+, Al Jazeera’s social media-first video platform, as an Engagement Producer in 2014. Previously, Paula covered the social impacts of the World Cup in Brazil for Al Jazeera English, the Thomson Reuters Foundation and Witness. As part of an independent media collective called Midia NINJA, she produced videos and mobile live streaming during countrywide protests in 2013 and 2014. Through the course of the nationwide protests, Paula documented the stories of eleven human rights defenders who received death threats in different parts of Brazil. Paula holds a Master’s degree in Arab and Islamic Studies from the Universidad Autónoma de Madrid. While studying Paula held an internship at Al Jazeera’s headquarters in Doha, Qatar, verifying citizen-produced content through the uprising that toppled Hosni Mubarak as president of Egypt in 2011.