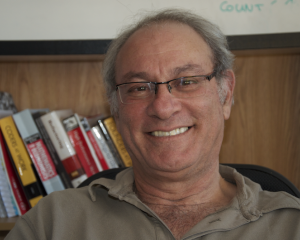 Joseph, a veteran of South African newsrooms, has worked in senior editorial and executive positions on a wide variety of daily and weekly national and regional publications.

Over the years he has also served as a consultant to large southern African media companies, helping to fix underperforming newsrooms, refocus their editorial strategies or launch media start-ups for the companies.

Joseph has embraced the dramatic changes happening in journalism and made the transition from print-only to a journalist able to work across multiple platforms. An evangelist for data-driven storytelling, he founded and is an executive committee member of Hacks/Hackers Cape Town, which is part of the worldwide movement that facilitates collaboration between journalists and technologists.

Joseph has worked closely with Code for South Africa, a Cape Town-based civic technology lab that uses data and technology to drive social change, and he has played a key role in training and advising journalists on the use of data, social media and digital tools to improve their work.

He is a co-founder and board director of a South African non-profit organization that publishes Big Issue, an award-winning monthly magazine that highlights issues often ignored by mainstream media, such as homelessness. He has also served as a consultant and acting executive director of the Johannesburg-based Institute for the Advancement of Journalism.