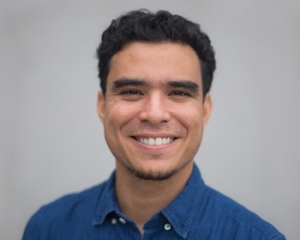 Roberto Guillén is a 2018 Professional Fellow from Latin America with ICFJ.

Roberto Guillén was born in Managua, Nicaragua, in 1990. He is a storyteller with interests in digital storytelling and transmedia journalism. During his youth, he studied arts and theatre in Nicaragua. After graduating in journalism, he moved to San José, Costa Rica, to study planning for brands and management of audiovisual projects. In 2014, he founded Managuafuriosa.com, an independent digital media outlet specializing in artistic expression and human rights. With his initiative, Roberto participated in Emergencias, a global gathering in 2015 about activism, politics and culture in Brazil. In 2017, he produced and directed “Managua Furiosa La Serie,” the first web series in Nicaragua.