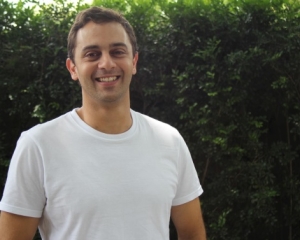 Thiago Enrico Assad Medaglia was a 2015 Professional Fellow from Latin America with ICFJ.

Thiago Medaglia is a journalist who graduated from the Methodist University of São Paulo, Brazil. Medaglia acts as Special-projects editor at the website Infoamazonia. He is currently a freelance reporter and was an editor at the National Geographic Brazil magazine. As a reporter, he travelled for five years for Terra magazine, a pioneer publication in Brazil focused on geography and expedition. The co-author of five books about environmental issues, his work has been awarded a few prizes, and he has published articles at important magazines and newspapers such as Revista da Folha (from Folha de S. Paulo), O Estado de São Paulo, ESPN magazine, and others. Medaglia created the Ambiental News Agency, which is the first independent agency of Brazil that focuses exclusively on science and environment and is about to be launched.