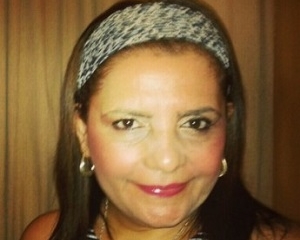 Xiomara Danelia Orellana Bueso was a 2015 Professional Fellow from Latin America with ICFJ.

Xiomara Danelia Orellana Bueso is a journalist and a lawyer. She was born in Santa Rosa de Copan, a city in Western Honduras. For 10 years she worked in Diario La Prensa in San Pedro Sula, the largest newspaper in the country. She is an investigative journalist, and covers topics of migration, drug trafficking, land disputes, and other issues of impact. She has traveled the route of migrants traveling to the United States twice, once in 2010 and another in 2012. This has been one of her greatest experiences that allowed her to learn a lot and understand why Hondurans seek a better quality of life every single day. She loves her job, and enjoys learning every day because she knows she still has a lot to learn. She has high expectations, but the most important to know colleagues that during these four weeks from different countries will share and exchange experiences.