How to Support Afghan Journalists 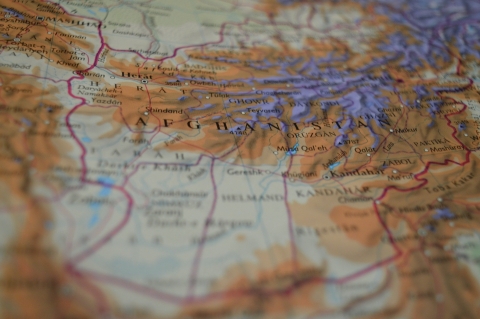 As the Taliban take control of Afghanistan, hundreds of journalists – some foreign, but mostly local reporters, many of whom have worked with international media outlets for the past 20 years – could face grave danger.

While evacuation efforts continue, some Afghan journalists have been talking with foreign media, asking not to be identified for safety reasons. As IJNet reported last week, many of them are scared, hoping to obtain a visa to flee the country and seek asylum in another.

According to the Committee to Protect Journalists, however, few of them have been able to board a flight to another country to begin their visa request processing and the vast majority remain in hiding.

Others, such as the local staff who covered the crisis for large U.S. outlets like The Washington Post, The New York Times and The Wall Street Journal, waited at the airport in Kabul. Including their families, the Post said Monday, the group numbered 204 people.

“For the past twenty years, brave Afghan colleagues have worked tirelessly to help The New York Times, The Washington Post and The Wall Street Journal share news and information from the region with the global public,” wrote the publishers of the three news organizations in a joint statement to President Joe Biden. “Now, those colleagues and their families are trapped in Kabul, their lives in peril.”

CPJ said it has registered and vetted the cases of nearly 300 journalists attempting to reach safety, with hundreds more cases under review. Other international organizations are also working to assist reporters on the ground, from financial support to evacuation efforts.

Below is a list with suggestions on how to support them. IJNet will update it  with new resources as they become available:

If you are trying to support Afghan journalists, please do not contact them directly. Any English-language material or foreign correspondence found on their devices may prove harmful or dangerous to them if it gets into the Taliban's hands. And if you’re interested in broader support, Quartz also put together this list.

If you know of additional resources for Afghan journalists, please contact us at avales@icfj.org. We will be updating this list.

This story first appeared on IJNet.

Image by ErikaWittlieb from Pixabay