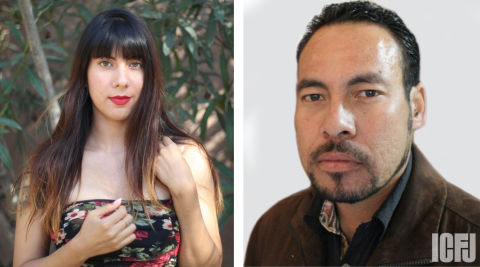 Dozens of Mexican factory workers have died on their way to work at manufacturing plants in at least 52 accidents, a recent investigation by journalists in Tijuana, Baja California, found. The workers were riding in vehicles provided by their employer that were in dangerously poor condition, the investigation revealed.

This report by Elizabeth Rosales and Daniel Ángel Rubio is one of 16 investigative reporting stories published by journalists who were part of the Mexico Border Investigative Reporting Hub between October 2019 and August 2020. The story won first place in a recent contest for the Border Hub’s members.

An independent panel of judges recognized the outstanding quality of two other teams whose projects were awarded honorable mentions.

Camelia Muñoz, Magda Guardiola and Lucía Pérez reported on the obstruction to access to public information in Coahuila, one of Mexico’s least transparent states and a particularly dangerous area for journalists. Their story unraveled the ways in which, for years, the Coahuila Institute for Access to Information allowed state-level government agencies to evade possible sanctions by withholding information on topics including public debt, forced disappearances and violence in the state.

The third investigation to be recognized, “Tijuana, A Free Zone For Retail Drug Dealing,” by Vicente Calderón and Daniel Ángel Rubio, exposed a series of failures in the justice system in Tijuana that have allowed thousands of people accused of dealing drugs to go free. According to Mario Martínez, the former director of Tijuana’s municipal police, between 80 and 85 percent of the city’s crime is linked to retail drug trafficking.

The first place winners received a cash prize of $1,000 and each honorable mention project received $500. The award-winning projects were produced between June 2019 and May 2020. Other participants produced stories on topics including shell companies in northern Mexico, failure in anti-corruption efforts, the outsourcing of jobs, and misused mining funds.

Journalists who are part of the Mexico Border Investigative Reporting Border Hub receive media and security training, mentorship and funding to hone their skills to identify and uncover corruption-related issues. The goal is to support high-quality reporting on these topics to strengthen public oversight of government spending and increase accountability and transparency in the border region.