As the War Against Ukraine Rages On, ICFJ Helps Media Provide Vital News

By all accounts, this will be a long war. And the role of journalists in Ukraine and other affected countries will only grow more essential. ICFJ will provide grants to help some of these journalists reveal the truth to people in the region about everything from Russian war crimes and disinformation to environmental devastation to the plight of refugees.

With backing from the John S. and James L. Knight Foundation and donors to ICFJ’s It Takes a Journalist campaign,  we are offering grants to journalists, media outlets and tech innovators to carry out projects that bring important news to audiences in dire need of accurate information. We received more than 120 applications for support, and we are giving out a dozen grants, outlined below.

These new grants are part of ICFJ’s efforts to help journalists in Ukraine – and independent journalists now exiled from Russia – report safely and survive financially. Among our other efforts supported by Knight Foundation and ICFJ’s campaign:

I wish I could say that this is the last support we’ll need to offer our colleagues affected by this horrific war. We know it won’t be. Even as the world may lose interest in a long conflict, we must do all we can to support journalists in Ukraine and those exiled from Russia. Their work matters not only to the freedom of Ukraine, but to all of us determined to ensure that democracy and the rule of law prevail.

Please read on for a list of the projects we’re supporting with our new grants. 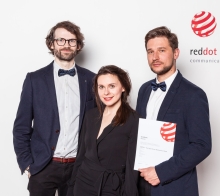 Tool: Russian Crimes will be an interactive map of the Russian war on Ukraine, aggregating military and media accounts of the war. The resource will collect the following data: losses of Russian manpower and equipment, war crimes of the Russian army in Ukraine, and recollections of eyewitnesses who survived the occupation. ISD Group plans to partner with media outlet Slidstvo to bring the map to wider audiences.

Tool: EcoRubryka will develop an automated service called EcoSolutions to provide Ukrainians with vital information to help them deal with environmental impacts of the war, from nuclear waste to water and air quality. Rubryka is producing in-depth reporting  on these impacts, which have tremendous health consequences, but people need urgent, practical information to make quick decisions. Rubryka will create a chatbot on Telegram, partnering with civil society organizations to provide location-specific answers to users’ environmental questions.

Tool: Discours.io will create an online media tool to enable Russian-language journalists collaborate on collective stories about issues related to the war. The tool will let media outlets receive content from multiple users, display it, allow comments and “upvoting” or “downvoting” from the audience, creating interactive publications based on dozens of voices. Early in the war, Discours.io ran an open project showcasing Russian artists’ anti-war work, but the process involved a great deal of manual effort in processing submissions from dozens of artists. The new interactive tool will enable media outlets to create such collaborative projects in a more automated way. Discours.io is an independent, open platform that includes about 800 journalists. 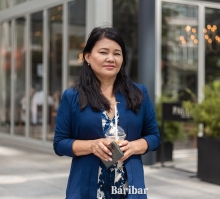 Story: A series of stories published under a digital multimedia project called “Real War” to increase audience awareness in Kazakhstan about the most significant developments and consequences of Russia’s invasion of Ukraine. The series aims to provide a real picture of the war with videos and photos through the stories of real people, including residents of Irpin, Kyiv, Mariupol, Bucha and others, and to expose the disinformation deployed by the Russian government. 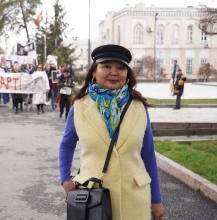 Story: A series of video stories aimed at the Kyrgyz people about the war in Ukraine, explaining the reasons for Russian aggression and how it impacts Kyrgyzstan and the rest of the world. The project will include interviews with residents in Ukraine, refugees, politicians, the military, Ukrainian experts, and Russian émigrés who do not agree with the Kremlin's policies. 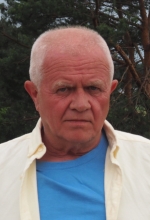 Story: A series of stories examining the refugee crisis in Poland through local perspectives at the Polish-Belarusian border. The reporting will focus on challenges faced by Ukrainians trying to enter the Polish labor market, their needs and testimonies of Russian aggression. In addition, the media house will aim to create a page translating job advertisements and pertinent news from Polish to Ukrainian to serve the refugee community. 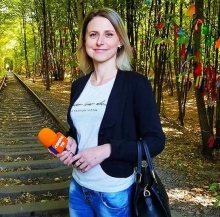 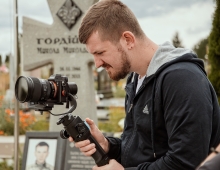 Story: Ukraine'22: Diaries of the War are documentary diaries that tell short stories of people who lost their homes and loved ones, along with the stories of volunteers, people helping others daily during the war, those defending fellow Ukrainians, and those who work on social and cultural issues in the country. 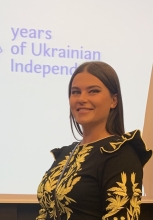 Story: A series of stories covering the future of NATO after Russian President Vladimir Putin’s invasion of Ukraine. The stories will be based on interviews with politicians, diplomats and experts from Poland, Romania, the Baltic countries, as well as Germany, France and Hungary.

Note: ICFJ is awarding 12 grants, but two grantees preferred that they and their projects not be described publicly.