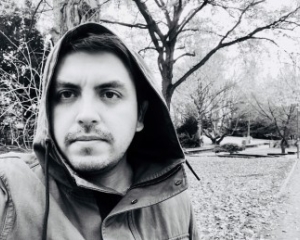 Andres Ricardo Guevara Borges is a 2018 Professional Fellow from Latin America with ICFJ.

Andrés is a journalist with seven years of experience in digital media companies. He worked almost four years at El Tiempo, the main newspaper in Colombia. He started as a journalist in international news, then he moved up as an editor in new platforms (iPad, smartTV and mobile app) and finally as a deputy editor on the social media team. In 2013, he moved to Madrid, Spain, to study for a master’s degree in multimedia communications at San Pablo University and received a master’s in digital journalism from the Communications & Arts Institute. He was selected as an intern for the business digital team at El Pais and worked there almost a year. In 2015, El Heraldo, the main newspaper on Colombia’s north coast, called him to participate in its digital transformation. He moved to Barranquilla, and he was in charge of design, creation and editing the website aldia.co, an alternative-news platform for millennials and local audiences.

In 2017, Semana, the most influential magazine in Colombia, hired him to create and edit the digital platform of Semana Rural, a new, ambitious journalistic project that combines highquality journalism in the deepest Colombian territories with social work inside those communities. Andrés’ articles have been published in newspapers and magazines in Colombia and Spain, and his work as a blogger and microblogger has been recognized in his country. He won the Premio de Periodismo Rey de España in 2012. He was a FNPI fellow in Lima, Peru, in 2017 and an ICFJ fellow in 2018.