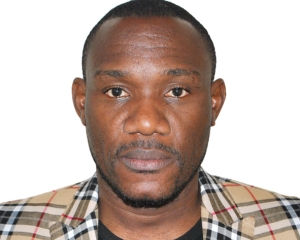 António Manuel Dos Santos Júnior has been a journalist at National Radio of Angola in the province of Benguela since 1994. He serves as announcer, editor and reporter. António has covered entertainment for years, but has focused on news for the past ten years. He is responsible for a program that covers political, economic, and social issues across the African continent. António covered the elections in Sao Tome and Principe in 2010, and the 2014 elections in Namibia.