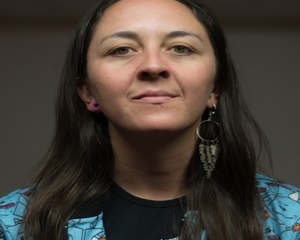 Aranzazu Ayala Martinez is a 2019 Professional Fellow from Latin America with ICFJ.

Aranzazú Ayala Martínez has a degree in literature from La Universidad de las Americas Puebla. She began her journalism career with Quorum Informativo as a human rights reporter in 2011. She later transitioned to a full-time reporter at Lado B, an online independent media platform from the state of Puebla, Mexico, where she currently serves as a senior reporter covering local news.
In the past, Aranzazú has worked with Animal Politico, Cambio magazine, Newsweek en Español, Mongabay, and Quinto Elemento Lab. She also won the “Gender and Justice” reporting contest from SCJN, and the Breach-Valdez Journalism Prize.