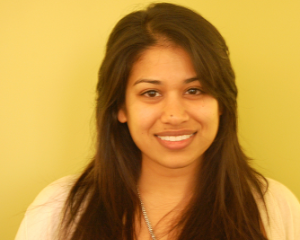 Arwa Gunja was a Bringing Home the World Fellow in 2012.

Arwa Gunja is a New York City-based producer for the public radio program “The Takeaway”. Arwa has helped coordinate the program's coverage of the Arab Spring, the tenth anniversary of 9/11 and issues of race and religion. Previously, Arwa was a producer at National Public Radio, working at various programs including “Morning Edition” and “Tell Me More.” She was also part of the network's election team, covering the 2008 presidential election and inauguration.

Arwa traveled to Paris to examine the impact of France's burqa veil ban over the last year. She met with the founder of a support and advocacy network for those who continue to wear head coverings. She also reported on the aftermath of the March 2012 shooting deaths in Toulouse. Her stories could be heard on both WNYC’s "The Takeaway" and PRI’s The World.