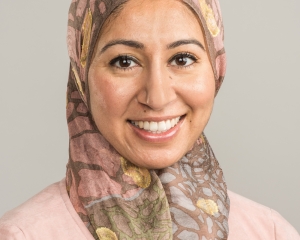 Asma Khalid was a Bringing Home the World Fellow in 2017.

Asma Khalid is a business and technology reporter at WBUR in Boston, where she leads a new unit called @BostonomiX. The unit reports on the forces that are driving the innovation economy in Massachusetts. Previously, Asma was a political reporter for National Public Radio (NPR) in Washington, D.C. In all, Asma worked for NPR for seven years over a nine-year period. During that time, she also was a political and general-assignment reporter for her current employer, WBUR. She started her career at WAMU, the public-radio station that serves the Washington, D.C., area.

Project: Explore why a Boston-based robotics company is relying on Chinese manufacturers to build and use their products, and investigate why a Massachusetts-based company is testing its automation prototypes in Singapore instead of the United States.

A Dirty Word in the U.S., ‘Automation’ Is a Buzzword in China

Why Mass Robotics Companies Are Looking East To China