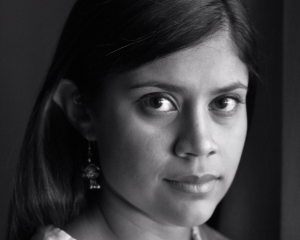 Beenish Ahmed was a Bringing Home the World Fellow in 2015.

Beenish Ahmed is a world reporter at ThinkProgress. She recently founded THE ALIGNIST, a media project that considers current events through the lens of literature. She's a former Pulitzer Center on Crises Reporting grantee to Pakistan, Kroc Fellow in NPR's Washington, D.C. headquarters, and Fulbright Scholar to the United Kingdom. Beenish holds an MPhil in Modern South Asian Studies from the University of Cambridge and graduated with highest honors from the University of Michigan.

Project: Beenish will report on gender and sexuality in Kenya -- from novel approaches to safeguard women and girls from sexual violence including FGM to the impact of recent legislation curbing women's rights to efforts to combat the criminalization of homosexuality.