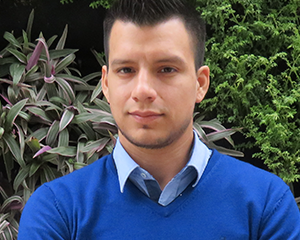 Daniel Meza Mosqueria is a 2019 Professional Fellow from Latin America with ICFJ.

Daniel Meza Mosqueira is a Peruvian journalist, director and editor-in-chief of N+1 in Spanish, one of the most widely read science and technology website in the Spanish-speaking world. Meza writes on science and technology topics, with a passion for topics such as neuroscience, health, climate change, history, futurism and the social sciences.

His articles have appeared in newspapers in Spain and Latin America. He was a special envoy in cities such as Barcelona, Mexico City, Los Angeles, Guadalajara, Bogotá and Quito.

He trained as a communicator in Peru and completed his master's degree in international relations in the United Kingdom. He is also a lecturer, content marketing consultant and coordinator of the science communication educational program of N+1. He has an active membership with the following organizations: International Science Writers Association (ISWA), Center for Health Journalism, Asociación de Periodistas Científicos de Colombia, and Colegio de Periodistas del Perú.