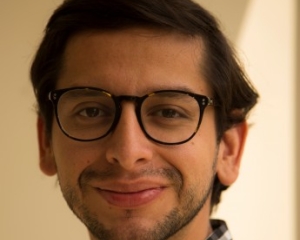 Dany Ernesto Barrientos Ramirez is a 2018 Professional Fellow from Latin America with ICFJ.

Dany is a Honduran photographer based in Tegucigalpa, Honduras. He studied photography with an emphasis in contemporary art in Guatemala City at La Fototeca. Dany discovered his passion for images just after taking a photography class while doing undergraduate work in graphic design. He worked for the major editorial group in Honduras as a travel photographer and later as portraitist; he also has collaborated with other independent local newspapers. He served as a social media and web contributor for a digital travel magazine in Honduras. Dany also worked in collaboration with organizations such as Oxfam to report to international courts on unresolved cases involving gender justice, loss of natural resources, native nations’ rights to land and food, uncontrolled mines and inequality. Currently he is working on this first book, about illegal migration from Central America to the United States.