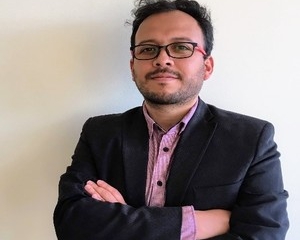 Elder Manuel Tober Panchoaga is a 2019 Professional Fellow from Latin America with ICFJ.

His professional experience in both public and private institutions has allowed him to create and direct projects involving multiplatform digital narratives, such as interactive comics, models, books with augmented reality, video games, and immersive technologies. He is the director and creator of 4 Rios, a project that tells stories of the armed conflict in Colombia, for which he has obtained national awards such as the Create Digital prize, and international awards such as the prize for narrative innovation at the Ventana Sur festival in Argentina.